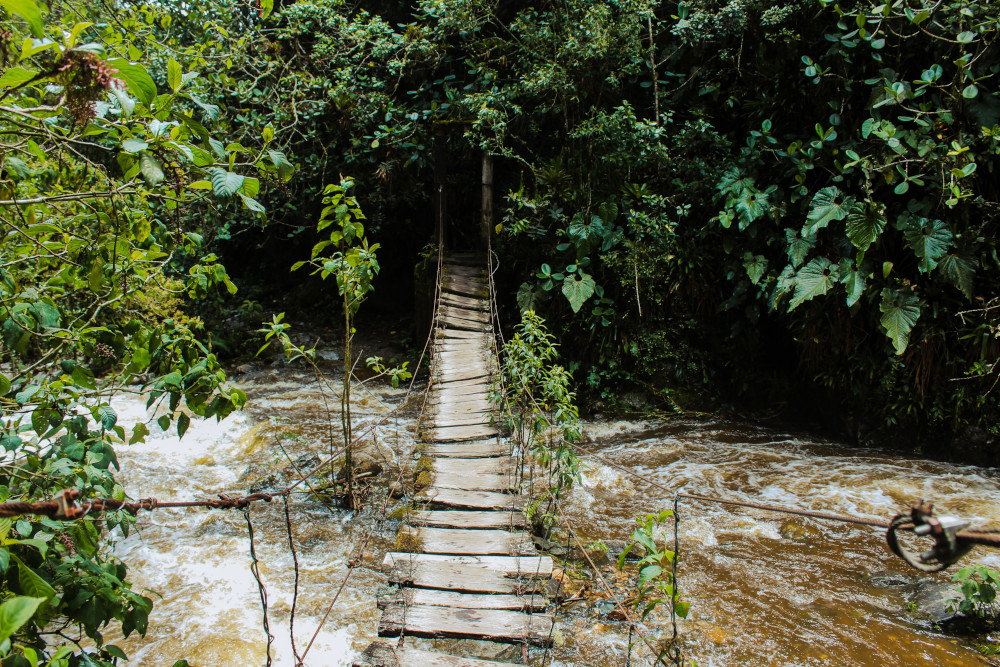 "Pulp adventure" typically refers to the rollicking adventure stories of the 20s and 30s, more familiar to modern audiences through cinematic homages like the Indiana Jones and Mummy franchises. In these tales, heroes travel the world, face peril in wilderness and city alike, and if they're lucky, punch a lot of Nazis.

GURPS Lite handles this genre well. In particular, the section on "Physical Feats" (Lite, p. 22-24) covers the bulk of action you'll encounter in a pulp adventure session. Intersperse these challenges with the occasional fight and social encounter, and you're good to go.

Pulp heroes are larger-than-life and highly competent, implying they should be built on at least 200 points. They are usually defined by one or two character flaws, so the disadvantage limit should be low, no more than 50 points.

Important advantages for pulp heroes include Danger Sense, Daredevil, Fearlessness, Hard to Kill, and Luck (all the way up to Ridiculous Luck with enough points). Talents increase skill levels more efficiently, so a few extra options there will be useful:

Nearly any skill in Lite will be useful to one pulp hero or another, assuming it's available during the time period (see below). There are a few that are practically universal, at least at a base level: Brawling, Escape, First Aid, and Stealth. Anyone worth the title "pulp hero" can throw a punch, slip out of ropes, bandage a wound, and sneak about. (If they can't do all of these, the other characters will probably have to carry them at least some of the time.)

Pulp heroes run the gamut of social backgrounds and wealth. A story may see a sharp-tongued heiress, a tenured academic with a pet theory, and a perpetually strapped pilot adventuring side-by-side. Still, this is the kind of genre where each of those backgrounds has its own strengths and weaknesses, so the Wealth and Influence traits all have their place. In addition, languages are important to a globetrotting campaign, and Language Talent should definitely be worth its 10 points.

The classic setting for pulp adventure is the interwar period of the 20s and 30s. Rapidly advancing technologies make it possible to reach more distant and inhospitable locations, which serve as great backdrops for adventure. The rise of political movements like Nazism give heroes plenty of evil to fight against. And characters who lived through World War I will have plenty of skills useful to the pulp hero lifestyle.

In GURPS terms, this period is Tech Level 6. Most pulp heroes will be carrying 9mm pistols, self-loading rifles, and pump shotguns, though folks in less developed areas may still wield TL5 derringers and lever-action carbines. (I talk about updates for Lite's modern firearms in my Zombie Apocalypse post.)

When you are ready to expand beyond GURPS Lite for your pulp adventure game, the first place you should look is GURPS Cliffhangers. This classic volume for Third Edition GURPS covers the genre, including 15 years of historical notes, ideas for appropriate hazards, and tips on building pulpy heroes and villains. (Issue #3/08 of Pyramid Magazine expands on Cliffhangers with some fine articles.)

If you want more tools and toys to equip your heroes with, look to GURPS High-Tech. This catalog presents a warehouse full of gear for TLs 5-7, which bookends the pulp period, letting you sneak in cutting-edge inventions for lone mad scientists or elite Nazi units to field.