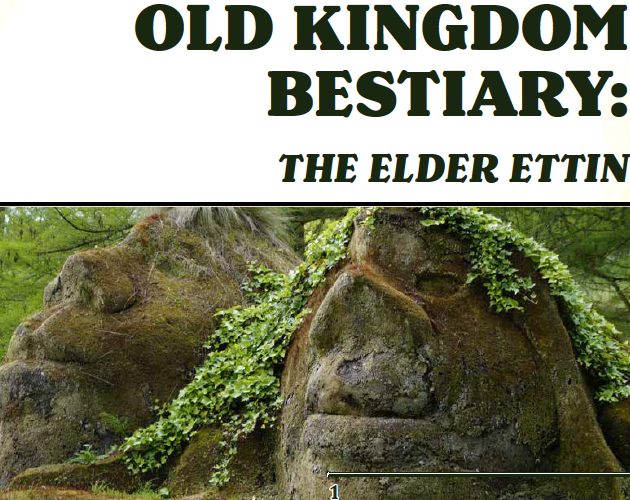 Occasionally, an ettin survives to a great age, and its heads come to an uncomfortable final alliance. Their objective is to die, and they will rampage until a defense can be mounted against them. Such a creature is a terror to remote settlements, and even fortified castles have much to fear.

This product includes stats for the elder ettin, a legendary version of the traditional two-headed giant.